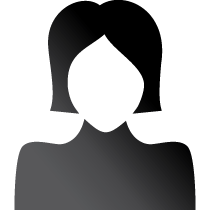 I have always loved driving, but car repairs are another story. I tried to change my oil once, and it was a complete disaster. Once, I also tried to change the oil filter, but it ended up completely clogging because I made a mistake. After making so many mistakes that my engine had to be overhauled by a professional, I decided that it might be better to actually learn from a professional to fix my car correctly the next time around. This blog is all about repairing your car the right way the first time around, so that you can avoid problems in the future.

Car engines rarely break down without first giving plenty of warning that something is going wrong. Knowing the signs of a developing engine problem means you can get the car in quickly when repairs are still an option because the damage hasn't yet become severe enough to necessitate a full engine replacement.

One of the most common symptoms of engine distress is knocking noises from under the hood. The sounds may or may not be present when the engine is idling, but they will definitely become more noticeable when you give the engine a bit of gas or rev it a few times. Causes can be low engine oil, worn piston rings, or damage to the cylinder bores. Oil leaks can be repaired, while damage to the pistons or cylinders may require a small repair or partial rebuild.

Smoke is never a good sign, especially when it comes from the engine. You may actually see the smoke, or you might only pick up the odor of smoke when the car is running, depending on the extent of the issue. It could be something harmless, such as excess oil burn off after an oil change. It could also indicate that there is a leak in the engine that is causing oil to burn, and oil leaks can lead to engine failure if not remedied. Smoke from the tailpipes can also indicate issues with the engine, so a full inspection by a mechanic is needed.

If it feels like you must constantly top off the oil in your car, then there is an issue somewhere in the system. It's not concerning if the oil level is low once, only if it is a repeated problem. Further, the problem may be even more severe if the oil seems dark or sludgy even though you aren't due for an oil change. Oil leaks and sludge in the oil can lead to engine failure unless the lines are flushed and the leaks are repaired.

Problems in the radiator could be a side effect of engine troubles. Too much pressure in the engine cylinders can affect the coolant system, which can lead to the coolant leaking from the radiator because of this increased pressure. An inspection of both the engine and the radiator is needed to make an accurate diagnosis.

Contact an engine repair service, such as Black Dog Oil Field Services LTD, if you suspect you may need an engine overhaul.